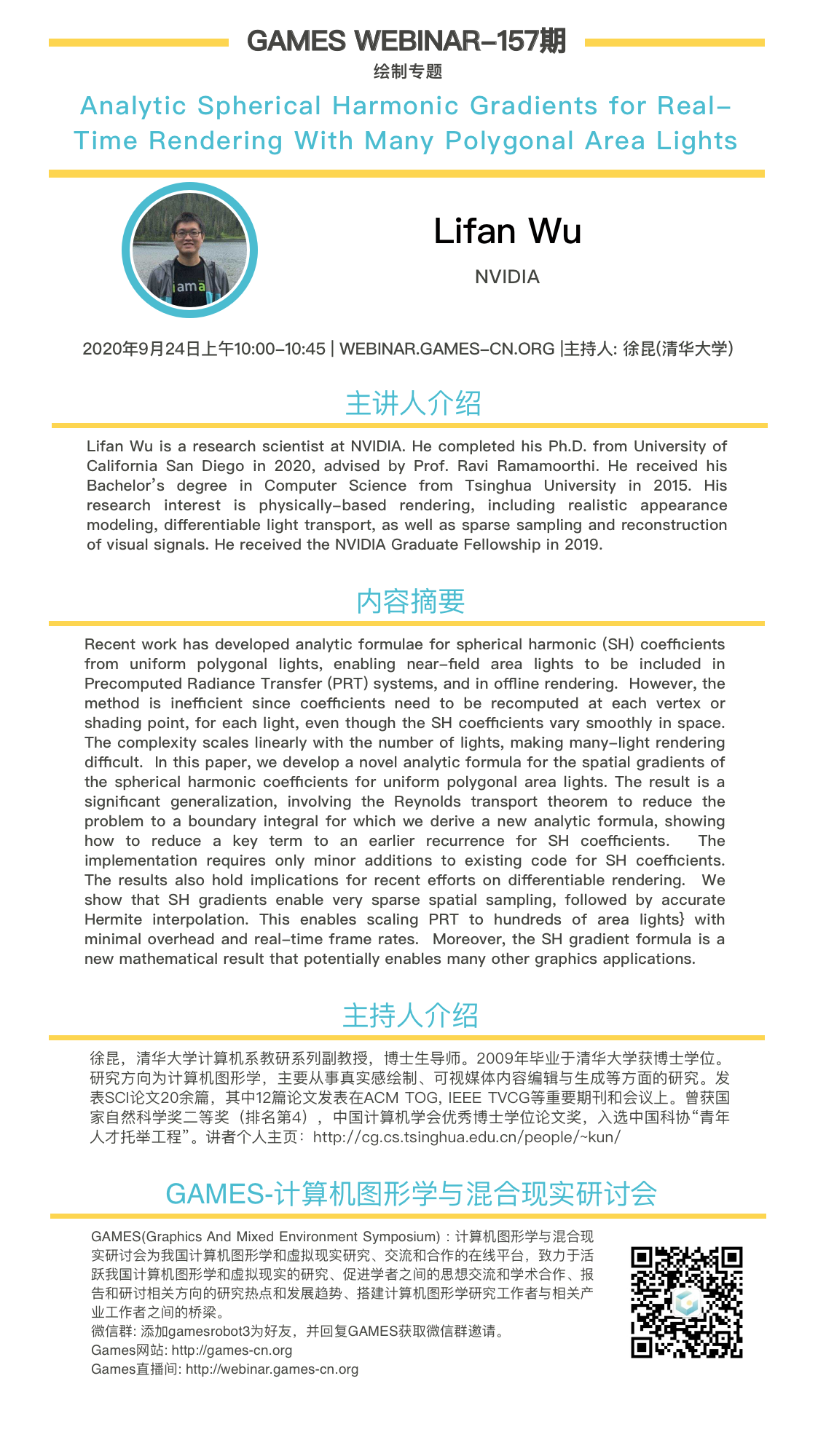 Recent work has developed analytic formulae for spherical harmonic (SH) coefficients from uniform polygonal lights, enabling near-field area lights to be included in Precomputed Radiance Transfer (PRT) systems, and in offline rendering. However, the method is inefficient since coefficients need to be recomputed at each vertex or shading point, for each light, even though the SH coefficients vary smoothly in space. The complexity scales linearly with the number of lights, making many-light rendering difficult. In this paper, we develop a novel analytic formula for the spatial gradients of the spherical harmonic coefficients for uniform polygonal area lights. The result is a significant generalization, involving the Reynolds transport theorem to reduce the problem to a boundary integral for which we derive a new analytic formula, showing how to reduce a key term to an earlier recurrence for SH coefficients. The implementation requires only minor additions to existing code for SH coefficients. The results also hold implications for recent efforts on differentiable rendering. We show that SH gradients enable very sparse spatial sampling, followed by accurate Hermite interpolation. This enables scaling PRT to hundreds of area lights} with minimal overhead and real-time frame rates. Moreover, the SH gradient formula is a new mathematical result that potentially enables many other graphics applications.

Lifan Wu is a research scientist at NVIDIA. He completed his Ph.D. from University of California San Diego in 2020, advised by Prof. Ravi Ramamoorthi. He received his Bachelor’s degree in Computer Science from Tsinghua University in 2015. His research interest is physically-based rendering, including realistic appearance modeling, differentiable light transport, as well as sparse sampling and reconstruction of visual signals. He received the NVIDIA Graduate Fellowship in 2019.

Yazhen Yuan is a research engineer in SenseTime HangZhou, where he works on AR rendering and digital avatar. Yuan received his PHD degree from State Key Laboratory of CAD&CG, Zhejiang University in 2018 under the supervision of Prof. Hujun Bao and Prof. Rui Wang. His interests are mainly in the optimization framework for real-time rendering, especially shader simplification, mesh simplification and multi-rate shading. Most of his works can be found in http://www.cad.zju.edu.cn/home/rwang/projects/pipeline-optimization/shader-optimization.html